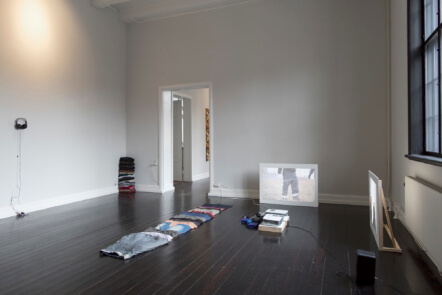 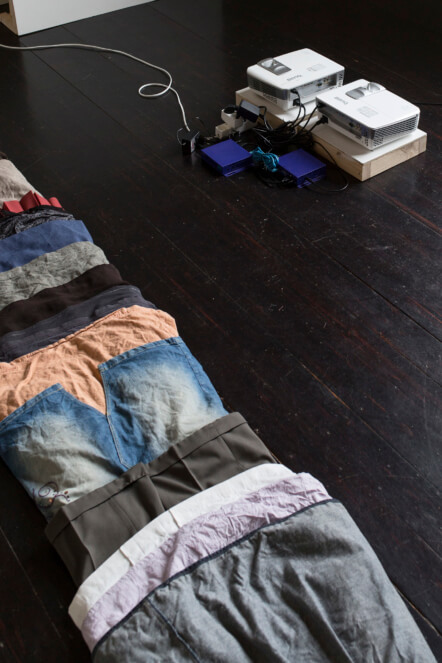 In his video works, Nilas Dumstrei works with actors he directs with inspiration drawn from verbatim theatre — a theatrical form in which the actor automatically repeats lines heard through headphones. This method produces a rupture between the actor’s bodily gestures and voice. These ruptures contain an opportunity for alternative significations, and the work draws upon semi-therapeutic dramatic forms (psychodrama from the 1960s and 1970s) and on theatre as an educational and political project (Bertolt Brecht). In the installation Hypocondriac, we see the image (disconnected from the sound), thereby reflecting verbatim theatre’s method, as well as unfolding and underlining the possibility for free interpretation. Also included in the installation are the clothes that the actors are wearing in the video recordings’ improvised scenes, which are shot in the course of an entire day at various locations as a genuine experiment in which the actors are to a great extent co-creators of the work.