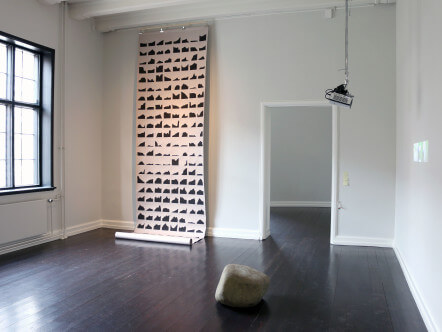 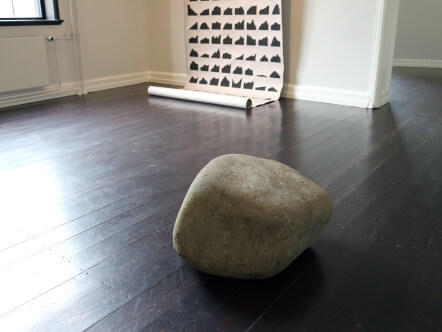 The three videos, Interaction with stone 1, 2, 3, show a series of studies depicting how stones react to various simple actions that the artist performs with them. In an almost meditative repetition of these actions, we see two stones being hit together, a stone that makes marks on another stone, and two stones being stacked alternately on top of each other. With the same repetitive manoeuvres, Ljósá has drawn the contours of the hills that surround the Faroese town she grew up in Black Contours on Aquarelle Paper. The last work in the series is Untitled and comprises a stone found in Denmark, which demonstrates the, in many ways, banal character of the stone, while it also embodies a fascinating story about connections to Faroese hills and other geological eras.