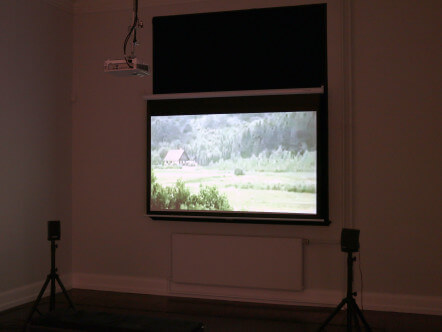 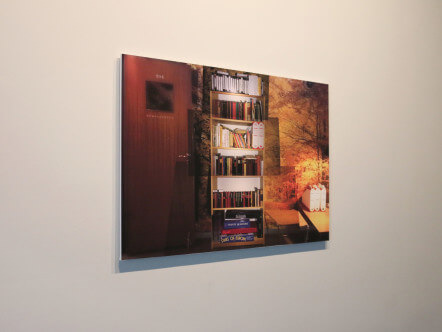 Jacob Morell
The Shield of Perseus

The point of reference for the film The Shield of Perseus is the now closed Regan Vest; a nuclear bunker, which was built by the Danish authorities in the 1960s as a residence and workplace for the government and the royal family in the case of war. The compound is a subterranean miniature town 60 metres below ground level in Rold Skov, Jutland. Apart from residential facilities, it houses a conference room, emergency treatment service, radio station and police station. Morell is interested in the objects that fill the compound, alongside the notions of national and cultural identity, which accompany the selected furniture, decorative objects, literature and films. The musical score comprises excerpts of music, which the national emergency radio station planned to air in case of war to appease the general public between news broadcasts. Working with this project, Morell has been occupied with the meaning of all of this – if a nuclear war eradicated everything else, what would these remnants say about us?