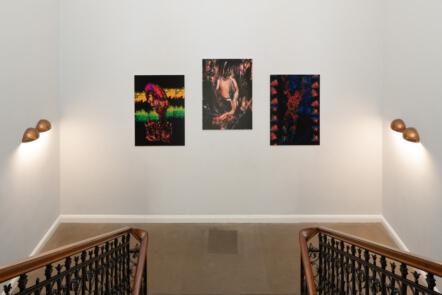 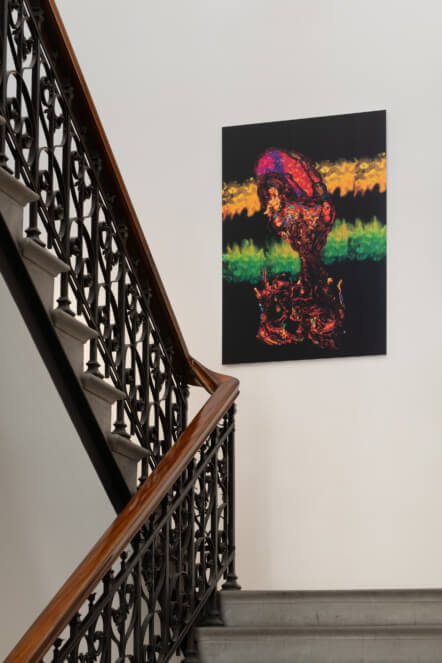 “(In the dream) the body started going outward in folds on top of each other, slowly reaching out covering my body and the blank emotionless stare was replaced by an intent that I couldn’t comprehend.” Morten Warborg Hansen

In a series of three works, a narrative unfolds about the distress of sickness, fight, and a repeated rendezvous with mortality. The piece takes a personal diagnosis as its starting point, a serious chronic illness that has to be lived with, but at the same time forces realization and recognition in a new form of humanity, even in that which feels inhumane. With the printed computer collages the layers of humanity is examined both technically and thematically, and in the stairway they form three separate universes, dealing with difficult emotional responses to vulnerability, self-identity, and self-worth.

Morten Warborg Hansen has explored the possibilities of digitally rendered drawings and collages in a series of earlier works. Hansen finds ways to reconstruct images digitally through the same techniques that apply to traditional collage making. Composing the images of photos and videos from found footage and repeating only small selected parts of it excessively, so that it builds up an entire composition.