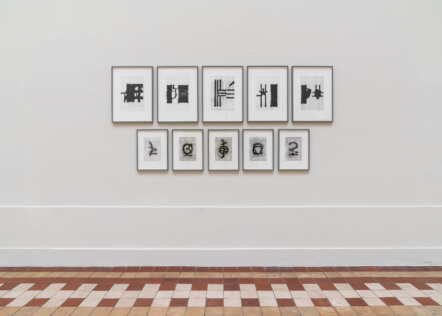 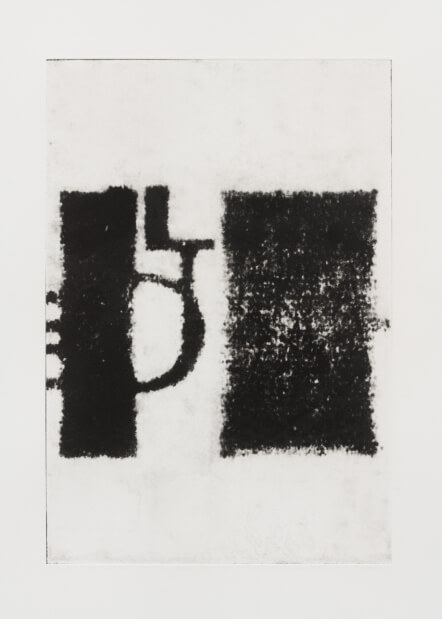 MÅSKE EN HELT NORMAL REAKTION [Perhaps a completely normal reaction] is a series of Xerox/paper-lithographic works, based on the deciphering of a “fault code”, a sort of revolt in the creation of another graphic work. A digital laser print is scanned, processed, laser printed again, before finally being mounted on a copperplate and thereafter treated as a lithographic print stone with gum arabic, printer’s ink, and print pressure.
The duality in the pieces, both regarding materiality and expression, indicates an in-between-ness. A presence in between machine, human, past, present, the digital and the analogue, black and white, the oil and the water, wet and dry. The signs and symbols shaped in the ten pieces seem to be speaking in tongues. They renounce the categorisation of being one or the other but, simultaneously, insist on being something despite. Perhaps between magic and routine, reality is found.

In his practice Magnus Fischer Vind has focused on photography, print and graphics, and in previous works he has engaged with communication, examined as a broken semiotic structure. Vind is interested in the space formulating in different ways, when communication disintegrates or breaks down, and constitutes an exchange of information between objects, where nothing is fixed and thereby presents alternative interfaces.