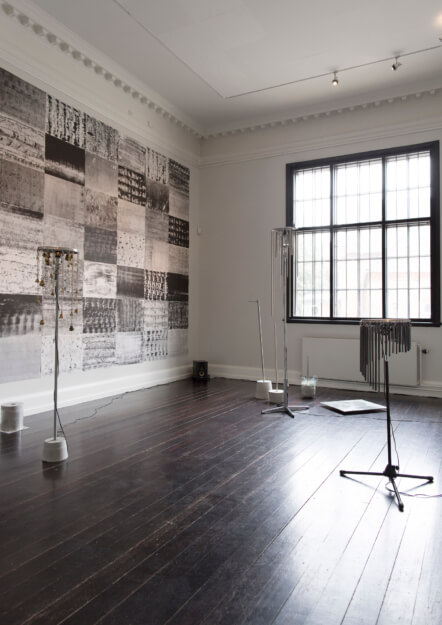 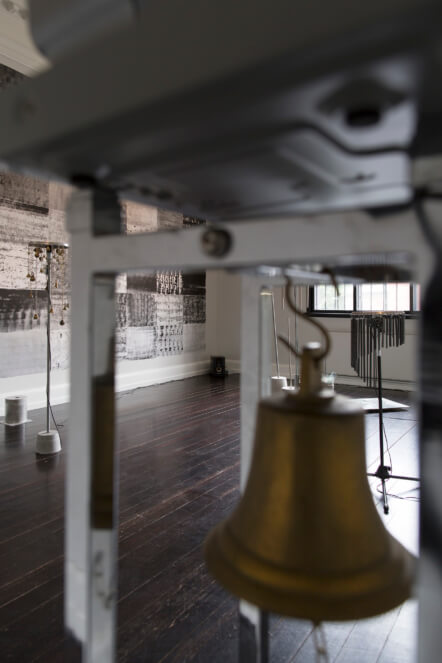 When does sound become music and when does music become something else entirely? In the installation, In the Non Loop, which consists of sculptural objects, graphic prints, electronic components and video, Maj Bjørnholdt Kjærsig examines the different materialities of sound and music: from pop to concrete, from analogue to digital. Central to the work are a number of homemade ‘sound machines’— sculptural, autonomous bodies that are intermittently activated, creating sound in the room. Sound machines, electronic sound from speakers and video all play in separate loops —  independently of one another — so that the composition is constantly changing. The installation’s various components constitute a unified composition that is not only audible, but also highly visual. For example, the static flickering of the TV screen is explored in the large series of linocuts installed in the space. Flicker, prints and sound might therefore be considered as reciprocal scores. In addition, Maj Bjørnholdt Kjærsig has produced an art pop record entitled ‘Off’, included in the graduate publication, and a sound performance with the band Duo Demona (May Bjørnholdt Kjærsig and Nour Fog) will also take place as part of the work.