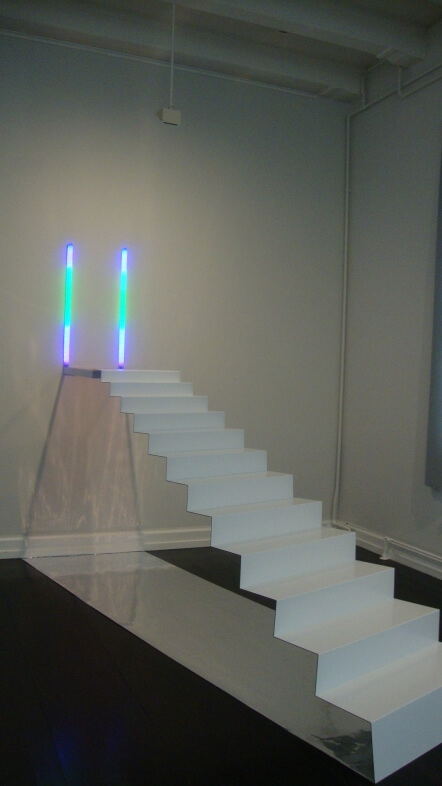 The work centres around a set of stairs, which lead up to a portal. Amongst other things, stairs are an ancient, classical symbol of spiritual enlightenment and the path to higher planes of knowledge and consciousness. Josefine Struckmann wishes through her work to create a somewhat ‘supernatural and religious’ atmosphere, placing emphasis on the worship of the cultish and otherworldly. In the pursuit and quest to explain the unexplainable, or to find the ultimate truth, wisdom is attained. There is a driving force, holding you in a constant state of development.